The first came when the club’s Andrew Knowles and Paul Pethybridge came from three points back to claim the title of Supreme Champions at the Yorkshire Challenge.

In the three-day event played over Yorkshire’s trio of Ryder Cup venues – Ganton, Lindrick and Moortown – they compiled 131pts to overhaul second-round leaders Michael Williams and Guy Henderson, of Eaglescliffe GC, and win by four. 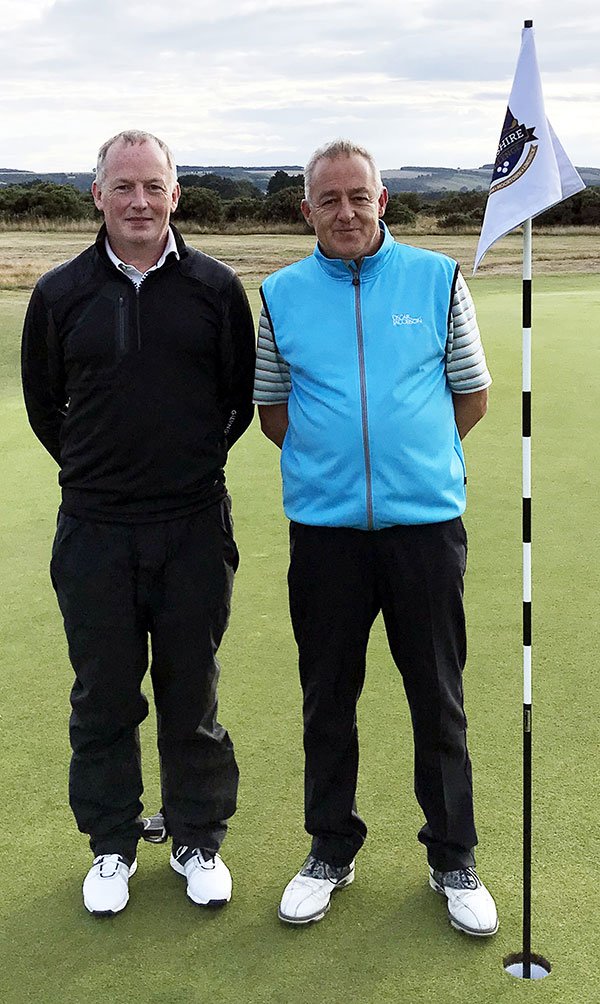 The Skipton duo, who were tied for third after 36 holes, having scored 42pts at Moortown and 43 at Lindrick, had three birdies in their first four holes on the final day at Ganton, plus another at the seventh.

Knowles then birdied the 501-yard par-5 ninth for a net eagle that took them to 24pts for the outward run.They repeated their start to the round by clinching three birdies in the first four holes on the way back to the clubhouse, plus two more at 15 and 17.

The second coup for Skipton was victory in the 2

A prodigious talent, but also one of the nicest young men you could ever wish to meet, Max’s achievement is huge, as he is first Skipton golfer to win this competition, following in the footsteps of some famous former victors, among them ex-Walker Cup captain, Rodney Foster, Masters winner Danny Willett and Howard Clark.

The championship hat-trick came when the club’s Sam Stewart was crowned BDRGA Champion Rabbit of 2018. Skipton hosted the Bradford and District Rabbits Championship on its newly remodelled course, with Sam netting a first-rate 42 points.

As a club, Skipton finished as runners-up in the event, just being pipped by 107 to 105 points by Clayton GC with their last man in, with The Manor taking third spot with 102points. Everyone who participated enjoyed playing the course and the new holes were well received.

The Rabbits section at Skipton has enjoyed a wonderful season. As well as their latest success, they have gained promotion to Division B, finished runners-up in the Presidents Cup and third in the 18 Hole Team Championship.