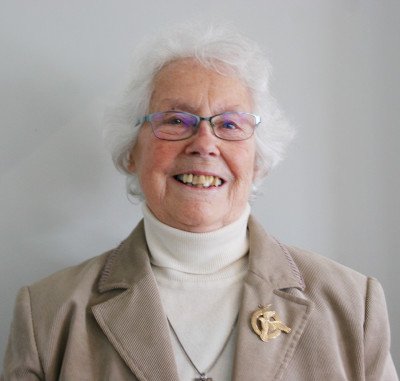 Sylvia started her golfing ‘career’ in 1983 at nearby Silsden GC, joining Skipton in 1991, since when she has proved a true stalwart of the club both on and off the course. She was Ladies Captain in 1996, Lady President in 1998, has served on numerous club committees and was Ladies Handicap Secretary for a good number of years before handing over the reins prior to becoming Club President. Up until last year Sylvia had also been Junior Section organiser for eight years

She has lived in Skipton since 1987 and has two sons and two grandchildren. Retired for a number of years, she formerly worked for National & Provincial Building Society (now Santander) both in Skipton and Keighley.

The club was founded in 1893 and Sylvia said: “I am both honoured and deeply proud to be Skipton’s first female President, a clear reflection of the club’s commitment to all golfers, regardless of gender. I look forward to supporting all sections of the club during the coming golf year.”

During her term of office Sylvia said she was hoping to introduce a new a tree planting initiative to further enhance the renowned course, now officially ranked as one of most challenging in the region and among the top 5% in Yorkshire.

In addition to regular annual competitions for members Sylvia said she would also like to see new competitions with more of a fun element and was planning to reintroduce the men versus ladies annual matchplay competition in late summer. Her President’s Days will also be held in July.

Sylvia added: “This is a great club run by some dedicated and hard-working people, most of whom are volunteers.   It has been a trying 2020 and early 2021 for everyone. Let us now look forward to a brighter future and some great golf during the rest of the year.” 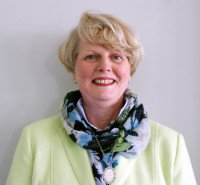 She was elected at a special general meeting of the club, this year conducted by Zoom, taking over from retiring President Nick Shaikh. Dagmar Hecker- Woodhead was appointed Ladies Captain and succeeds Ros Moloney, while 2020 Men’s Captain Ian Sewell was re-elected for a further 12 months.

Dagmar moved to Skipton in 1992 and has been a club member ever since, serving on various committees. She previously worked in the international fashion and sports industry in Munich, switched to School Business Management in 2000 and retired at the end of 2020. Her charity as Ladies Captain is Cancer Research, chosen, she said, as many club members have lost friends, family and loved ones to cancer. 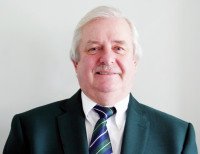 Ian, who lives in Sutton-in-Craven and has been a Skipton member since 2014, said he was keeping the Yorkshire Air Ambulance as his chosen charity with the goal of doubling the amount raised last year to £4,000 in 2021

He commented:  “It’s a real privilege to be asked to be captain for a second year after the horrible Covid year in 2020.  The biggest difference between my two years in office will be supporting the inter-club matches at all levels and, like our new president, finding time to arrange some more fun golf events through the year.”

Roger Moore was re-elected Men’s Vice-Captain, Lorraine Raeburn is the new Ladies Vice-Captain, Rob Watson continues as 8-15 captain, with Richard Spencer re-elected Seniors’ Captain and Frazer Clarke reappointed Junior Captain.  After almost five years as scratch team captain Chris Payne has handed over to Sean Lemon. Chris has been elected to the Skipton board with specific responsibilities for marketing and communications.

All concerned with the club are now looking forward to the resumption of golf and getting back on course from Monday, March 29. Skipton’s online booking system for tee times will be available from the previous Friday, with no restriction on how often members can play. While four balls will be allowed, it will be social golf only for the first few weeks. 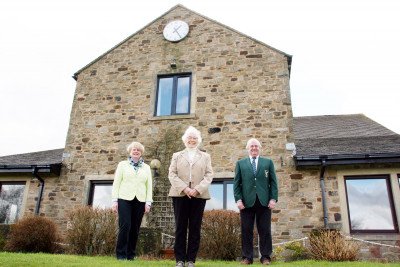