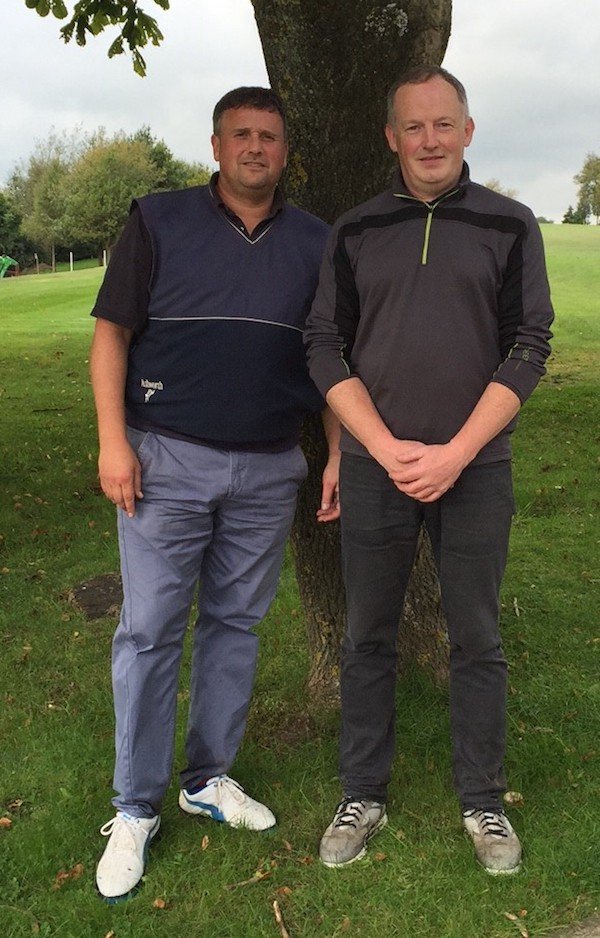 This year’s final saw two “has-beens” (their words –not mine!) of the Club square up in the shape of Jez Harding and Paul Pethybridge.

The match produced a high standard of golf more reminiscent of their former years. It was a tight affair being all square through the first 4 holes though Jez should probably have had a slight lead after 3 putting the 3rd to only halve the hole. It was Paul who started to make the running winning both the 5th and 6th with pars to be two up. The par of the day came at the 8th when Pep’s second shot hit the bin on the 9th tee and flew across the green. He followed this up by thinning his chip but calmly rolled in the putt from 20 feet for a 4 and a half. Jez, despite this setback, pulled himself together to make a birdie down the 9th and only be one down. Peps then birdied the 11th to get back to two up but Jez was not done yet and won both the 15th and 16th to get the match back to all square.

The turning point came on the 17th where Jez found the railway line off the tee so was one down playing the last. With Jez unable to make a birdie down the 18th Peps closed out the match for a 1 up victory and claim his second knockout trophy win of 2017. Well done to both on a great match played in excellent spirit.